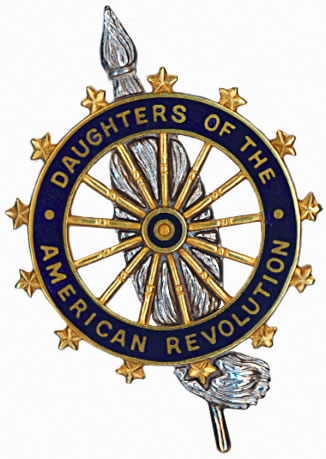 "What Our Founders Built, We Must Preserve"

In 1948, a small group of ladies had grandious idea of starting a new chapter of the Daughters of the American Revolution.  It was a task that wasn't easy and it required total dedication, energy and enormous amounts of hard work, recruitment, paperwork, research, and untiring efforts.  By March 17, 1949, their efforts had paid off.  The Washington State Regent came to visit and bestowed the original thirteen charter members including the organizing Chapter Regent, Mrs. Dorothy Hulbrush, the official welcome into the National Board of Management.  She also administered the oath of office to the local officers.  The Columbia River Chapter NSDAR was officially chartered.

​"We chose Columbia River as the name of our chapter because this mighty water has dominated our locale since the beginning of history;  Indian tribes from miles around clustered its banks to spear salmon on which their very existence depended.  The Columbia was the highway upon which Sacajawea led Lewis and Clark on their expedition.  The river, because of its unlimited water supply was chosen as the site of the Richland Atomic Plant on which hinges the beginning or the end of our modern civilization.  To sum up, the Columbia River represents not only history in the past, but our hope for a better civilization.  Therefore, we want to be known as the Columbia River Chapter."
​(Mrs. G.V. Fitzpatrick, Chapter Secretary)
The content contained herein does not necessarily represent the position of the NSDAR.  Hyperlinks to other sites are not the responsibility of the NSDAR, the state organizations, or individual DAR chapters.
The DAR Insignia is the property of, and is copyrighted by the National Society of the Daughters of the American Revolution.
For more information about this website, please contact the webmaster.  Last updated April 28, 2019